In this article Sinus Doctor answers :

What are the main causes of Sinusitis? Sinusitis can be caused by a variety of reasons ranging from microorganisms & allergies to polyps to structural abnormalities such as a deviated septum to some rare causes such as carcinomas. This article is going to be detailed and technical because it is important to understand the wide range of causes of Sinusitis and why proper diagnosis and timely treatment is crucial.

Why it is important to understand the plethora of causes of Sinusitis?

Chronic sinusitis is one of the most common chronic diseases in humans. Most of the patients never get to a comprehensive ENT examination but seek help and remain in the realm of primary medical care. The reasons for this are many. Shortage of specialized medical care and mild clinical presentation are probably among the most important ones.

Although primary care physicians are trained to treat it, they often don’t have access to all the diagnostic tools necessary for adequate assessment of a patient with chronic sinusitis. This is why many patients are unaware of the structural abnormalities and conditions that pose a root cause of their health problems. They respond well to the medicines, or at least well enough to lose interest in further diagnostics and treatment. So, instead of undergoing a surgery that can bring them a permanent relief, patients stay trapped in a lifelong episode of chronic sinusitis.

More to the point, some of the root causes we will talk about require immediate surgical intervention because if left untreated can turn into malignancies and put the patient’s life at risk.

Minimally invasive surgery reduced the risk of infection and other complications. It revolutionized ENT surgery- scars are a matter of the past now. However, when it comes to better outcomes, it’s all about a timely diagnosis. A malignancy in the face and neck region that’s well under its way cannot be treated using a minimally invasive approach. This is why it is so important to recognize and resolve the problem before it becomes untreatable.

The common and rare causes of sinusitis include –

Different agents such as bacteria, viruses or chemical particles such as cigarette smoke can trigger an episode of Sinusitis.

The lining of sinuses is metabolically and functionally a very active structure – it secretes mucus continuously and the cilia continuously ‘push’ the mucus through canals and into the nasal cavity. The canals also let the air in and out of the sinuses, thus maintaining the process of their ventilation.
Whenever any of the three key points of sinus health (mucus production, drainage, and ventilation) are interrupted, the risk of infection increases.

Microorganisms that cause Rhinosinusitis

Non-infective agents, diseases and chemical substances that increase the risk of Rhinosinusitis

Other scarce conditions such as cystic fibrosis, immotile cilia syndrome and few others may cause Sinusitis.

Structural abnormalities that cause Sinusitis

Hypertrophied middle and superior turbinates including their pneumatization - concha bullosa

Turbinates are bony structures inside the nasal cavity, which have a function to humidify, filter and warm up the air as we inhale it. They look like bony lumps. The lining that covers them has the same structure as in the rest of the upper respiratory tract – a lot of cells that produce mucus and a lot of cells with cilia that push the mucus towards the back of the nose. Normally, there are three pairs of turbinates – superior, middle and inferior. Some people have four pairs – it’s a rare, but normal finding. Turbinates and spaces between them form nasal passageways.

Research shows that enlarged turbinates most often don’t cause any problems. However, patients with chronic Sinusitis and enlarged turbinates may need to undergo ENT surgery. The assessment requires a comprehensive ENT examination and CT or MRI imaging. If the ENT specialist suggests that the cause of chronic sinusitis are enlarged turbinates (hypertrophy or concha bullosa), the patient should undergo a surgery for quick and lifelong relief.

Many different surgical treatments are available to treat these. The procedure typically doesn’t require general anesthesia, is safe, and never leaves scars (as it is carried out through the nose).

The outside world is full of potentially harmful microorganisms. Protecting the inside of the body against them is a primary function of the immune system. In the region of the mouth and nose lies a structure known as ‘Waldeyer’s Tonsillar Ring.’ The ring consists of six tonsils. It is a part of the system that contains specialized cells and tissues that constantly fight against microorganisms from the air, foods, and fluids.

Adenoids is one of the tonsils. It sits where the nasal cavity blends with the mouth. In some people (typically children), adenoids are hyperreactive and enlarged. The enlargement causes nasal congestion and interferes with sinus drainage. This is why patients with adenoids suffer frequent and severe episodes of sinusitis.

For a long time, it was thought that the condition affects almost exclusively children, but the recent research studies suggest otherwise. In adults with nasal obstruction and chronic sinusitis, enlarged adenoids are a major contributing factor.

The treatment is surgical – safe, effective and quick. Full recovery is expected.

Sometimes, previous surgical procedures cause scarring in the areas where sinus canals open up in the nasal cavity. When that happens, the drainage of the sinuses becomes difficult, mucus and microorganisms buildup, providing a perfect environment for sinusitis.

As for the treatment, the re-opening is often performed in the ENT office setting. However, some patients require a surgical revision (a procedure carried out in an operating theatre). The choice is made by the ENT surgeon since the occlusion is sometimes caused by a scar in the lining and sometimes by changed anatomical relations in the deeper tissues. 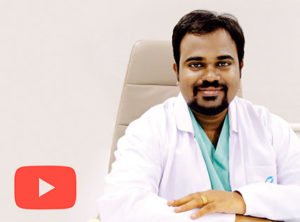 Can sinusitis be prevented?

The prevention of sinusitis depends on it’s cause and there is no single sure shot way of preventing it. A combination of the following precautions

What happens if sinusitis is left untreated?

In case of acute sinusitis chances are your sinuses may drain naturally over a period of time, albeit some discomfort and congestion. In case of

Do Structural Abnormalities Cause Sinusitis?

If you are suffering from sinusitis for a while, book an appointment with SinusDoctor for thorough diagnosis & treatment

Sinuses can be Chronic

Did you know? 1 in every 8 person suffer from Sinusitis. Sinuses can be chronic and hamper your quality of life. Book an appointment with SinusDoctor and get relief from Sinusitis.

How severe is my Sinusitis? Take the SNOT22 test to assess your Sinusitis Join our Newsletter to get latest updates and tips on Sinus